Resources for improving your investments

Oil stock prices are falling significantly. Even if you don’t directly own stocks your IRA might be in mutual funds with oil investments.

Ask them to DIVEST or MOVE your money.

Useful links at the bottom of this page.

On May 31st 2020, 56 people attended a webinar on Public Banking, hosted by People for Public Banking, Santa Cruz. The attendees included many public officials from Santa Cruz, Monterey, San Luis Obispo and other counties as well as interested people. Here is the youtube recording of the event.

This Fossil Fuel Finance report 2020 by the Rainforest Action Network (RAN) shows that most world-wide banks are increasing their investments in the fossil fuel industry and ignoring the climate change consequences for all life on earth. Scary Reading! and the #1 worst bank is JP Morgan Chase. If you still bank with them move your money AS SOON as you can and let them know why! And tell your friends!

BlackRock – World’s largest asset management group $7T – recent focus of indigenous and other protests in SF – headquarters. Trying to move the company to environmentally responsible decisions – no changes yet. BlackRock link has a Financial Times piece.

Link to recording of the People’s Assembly on Blackrock. In January, BlackRock claimed it would put climate and sustainability at the center of its investment strategy. But the assembly learned that so far the promise has looked like a lot of hot air. The assembly we encouraged everyone to send Larry Fink and BlackRock a message today: until your company takes action, your talk is hot air.

Send your message via a postcard here.

After five years of perseverance by students and faculty the University of California announced Tuesday it has divested from all fossil fuels, removing them from its $126-billion investment portfolio. With 285,000 students, UC becomes the largest educational system in the nation to shed such assets in favor of renewable energy such as solar and wind power. Details

manager and a great group tableau on the marquee.

wrap-up videos from the action where we shut down 13 banks simultaneously,

the action where we shut down 2nd Ave outside Chase’s PNW HQ,

the action where we put a 50-foot pipeline through their PNW HQ,

and an action where we dropped a large banner from a Seattle highway.

1/28/19  Interesting short video from a group working with industries to make big changes in emissions and water usage.

Aug 2018  Interesting article about the increasing popularity of public banks 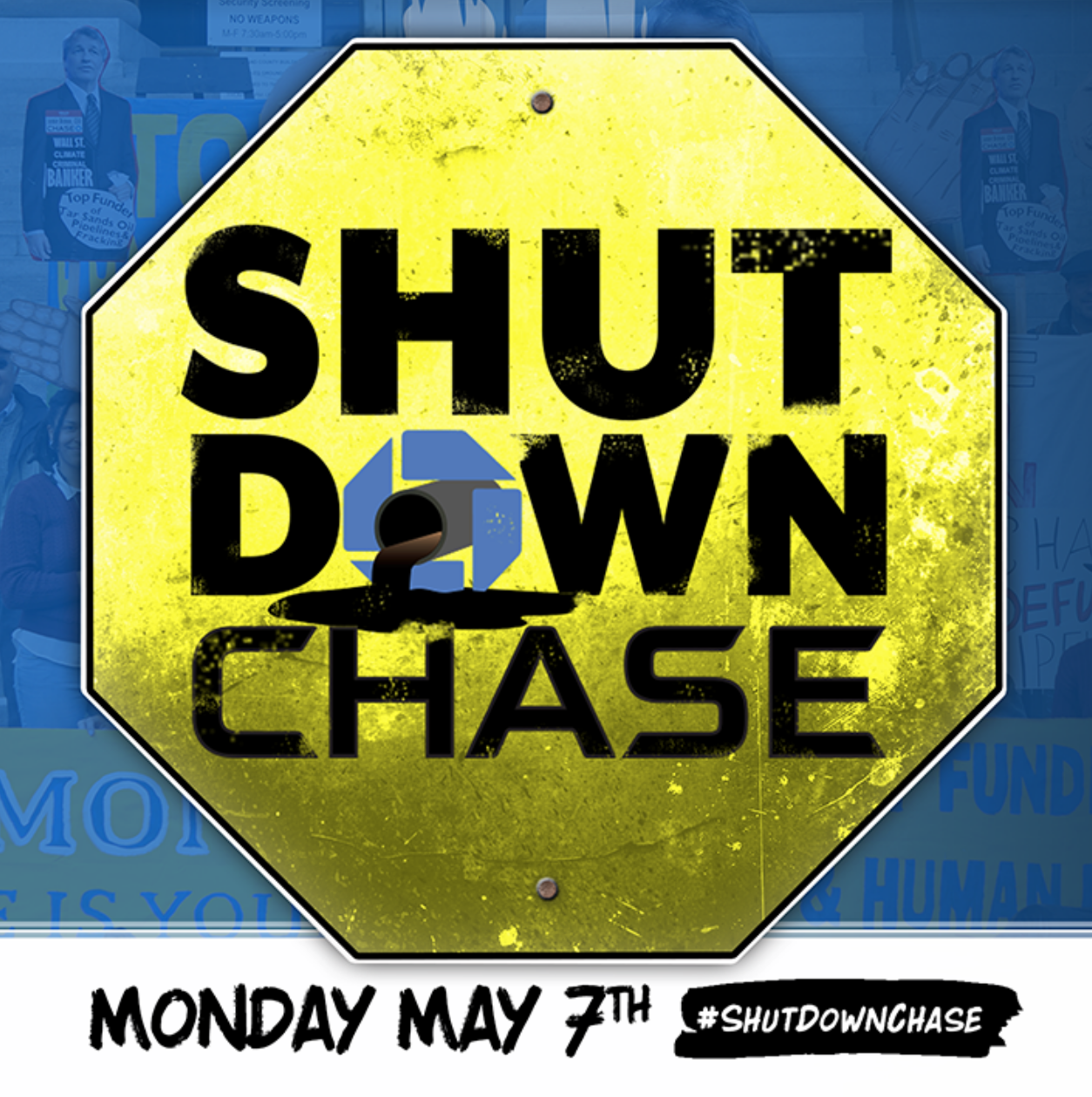 Of all the Big Banks CHASE is the WORST

Did you know all major banks have investments in oil and pipeline projects?   more at http://www.defunddapl.org/

Check below and MOVE your money out.    Move it to a responsible local bank. Divest or close accounts at       Bank of America ,Wells Fargo, Chase, Citibank, USBANK, Comerica, TD Securities 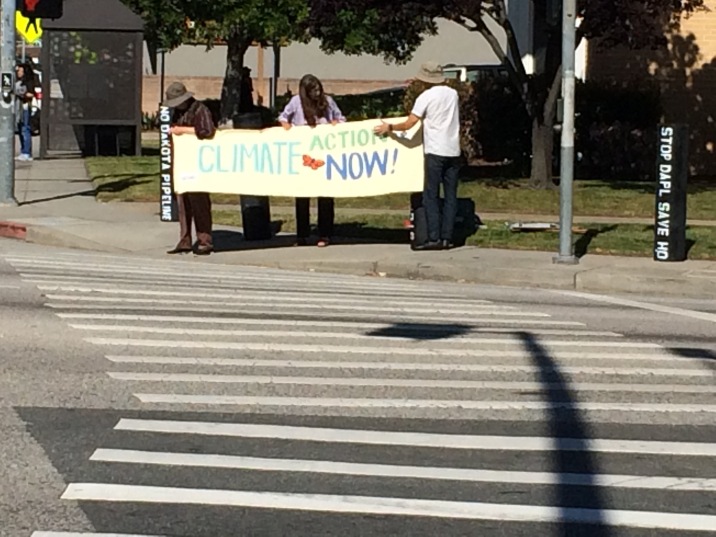 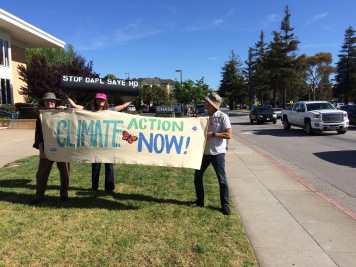 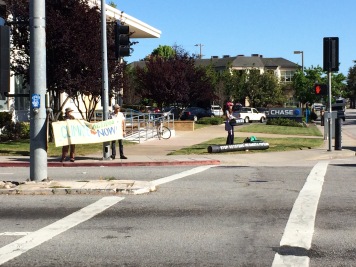 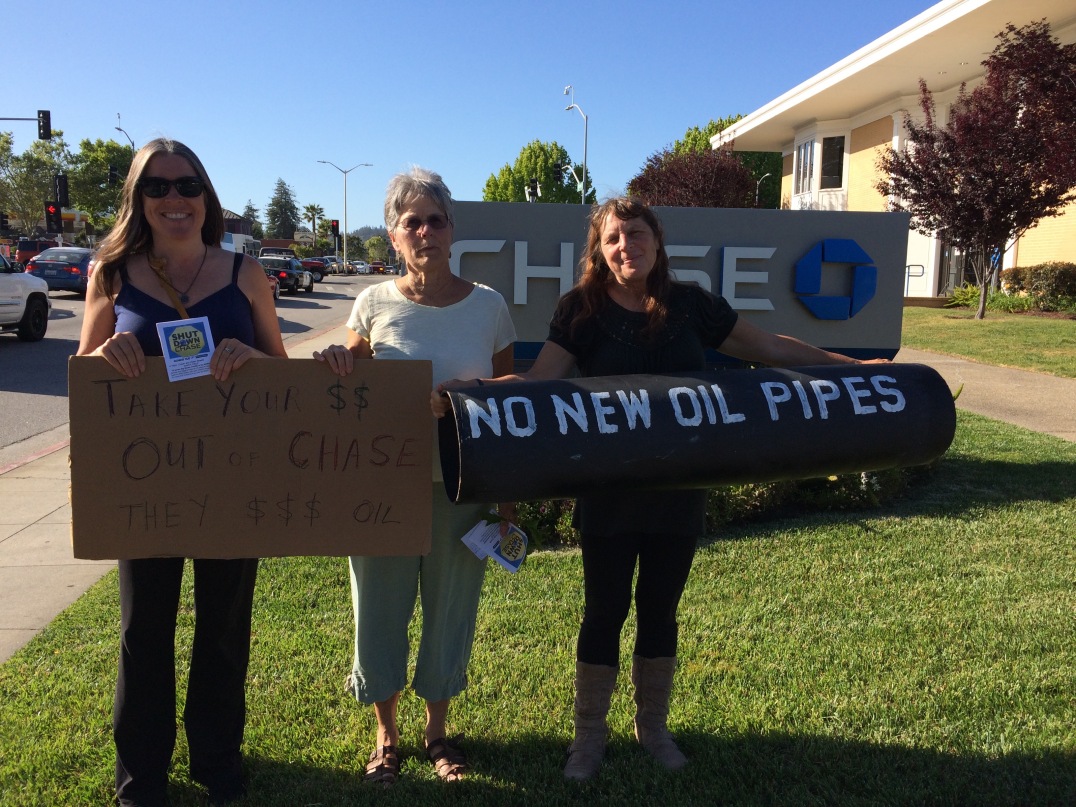 Great group met at Wells Fargo and later covered Chase and Bank of America. We delivered letters to the managers and passed out lots of flyers to customers with info on moving their money to banks which don’t support the fossil fuel industry,

11/1 great news – The Equator Banks publicly confirmed that they will “start a process of updating the Equator Principles” with a special focus on the “important implications of the Paris Agreement” and “application of Free, Prior and Informed Consent (FPIC) in different jurisdictions”.   read more at  http://divestinvest.org

Both Michigan and New Jersey have submitted bills proposing a state bank.  Read about it!

Read “Why I Support Public Banking” by  Steve Pleich  atwww.pdclub.org/blog:pdclub/article/id/3910196

The Public Bank Option – Safer, Local and Half the Cost

Ellen Brown’s opinion re the future of public banking and the election of Phil Murphy in New Jersey (Posted on November 4, 2017 by Ellen Brown)

Presentation and powerpoint on local movement

Oil stocks are already dropping and may fall drastically in a “Carbon Bubble”. Invest to encourage positive changes, social and/or environmental.

Divestment campaigns helped to bring down South African Apartheid and influenced the Big Tobacco settlement. Now is the time to act to save the climate. Together we can influence the future